The Iliotibial Band also know as the iliotibial tract or IT Band is a fibrous reinforcement or a strip of connective tissue that connect three muscles ( the tensor fasciae latae, the gluteus maximus, and the gluteus medius muscle) to the lateral thigh and leg providing stability to the knee and hip and preventing 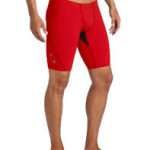 the dislocation of those joints. It functions to extend and as an abductor, a medial rotator and as a flexor of the thigh. It also plays a role in helping the tensor fasciae latae and gluteus maximus support the extension of the knee while standing or doing other activities. The Iliotibial Band (ITB) Syndrome is a condition that results due to friction of the tract across the tissues on the lateral side of the thigh.

The movement of ITB is posterior over the lateral condyle of the femur and anterior when the knee is extended. Frequent repetitive movement particularly due to overuse such as cycling, hiking, etc., can result in the inflammation of ITB. Some other causes of Iliotibial Band Syndrome (ITBS) include:

A variety of symptoms could result due to ITBS: Pain on the outer part of the knee, swelling and thickening of the tissue in the location, stinging sensation above the knee joint or when the foot strikes the ground. The pain may also persist after certain activities.

To diagnose that a patient is suffering from ITBS often involves the patient describing the kind of pain being felt during certain movement, swelling can also be seen and felt near the femoral epicondyle.

In general, the treatment for ITBS start with the RICE (rest, ice, compression and elevation) method. The syndrome is mainly due to overuse resulting in inflammation.  Ice should be applied several times a day in whatever way provides deep cold penetration but is still comfortable.  Compression can be done manually or by using compression gear such as shorts or socks.  For cyclists, you may find that using the best cycling shorts rather than off-brand or cheaper shorts offers better compression and alignment.  ITBS is just such a delicate injury that any adjustment might help.  At occasions anti-inflammatory medication may be prescribed. When no result in obtained from RICE or medication, physical therapy is necessary. Two main types of treatment non-surgical and surgical can be administered depending on the severity.

Preventing ITB injuries involves taking the necessary steps not to overuse or stress the ITB. The most essential method of prevention for athletes is to use the right kind and quality shoes depending on sport. Runners should also try to maintain a constant pace and not force too hard and undertake frequent exercise to strengthen the musculature.